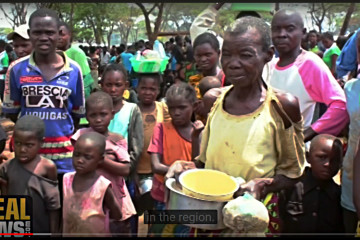 President Joseph Kabila insists that there is no humanitarian crisis in the Democratic Republic of Congo, even as millions of children starve. Kabila “doesn’t want anything to reinforce what is widely understood: that the instability in the country is caused in large part by his refusal to step down from power,” says Friends of the Congo’s Maurice Carney Interview with[…]