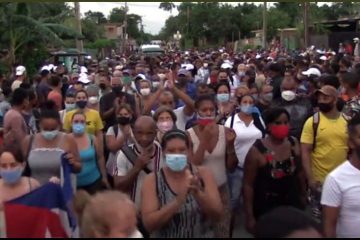 by Ben Burgis, published on The Jacobin, July 13, 2021 We might also add that the day after protesters expressed anger at the government, even more people took to the streets to support the government.  [jb] On Sunday, the largest anti-government protests in at least twenty-seven years broke out in Cuba. Thousands of people marched in the streets chanting slogans.[…]