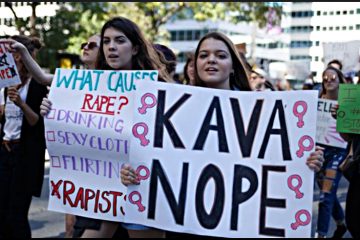 Photo: Sept. 29 March to End Rape in Philadelphia. ~Michael Canelori / NurPhoto By Ann Montague,  Published on Socialist Action, October 7, 2018 Outrage continues to spread throughout the United States over President Trump’s nomination of Brett Kavanaugh to the Supreme Court. Kavanaugh, currently on the Court of Appeals for the District of Columbia Circuit, has been roundly criticized for[…]