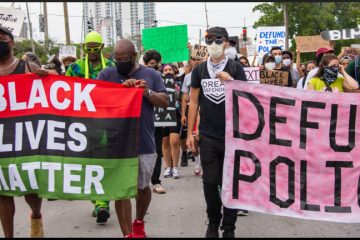 by Medea Benjamin & Zoltán Grossman, published on Consortium News, July 15, 2020 Since George Floyd was murdered, we have seen an increasing convergence of the “war at home” against black and brown people with the “wars abroad” that the U.S. has waged against people in other countries. Army and National Guard troops have been deployed in U.S. cities, as[…]