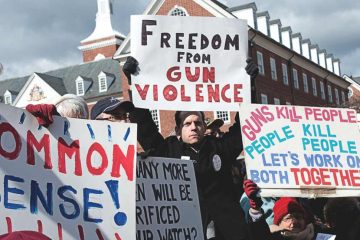 By Anakbayan-US, originally posted as an Editorial on the Anakbayan-US Blog on March 24, 2018 Anakbayan mourns the most recent deaths brought about by gun violence in the country. Widespread gun violence is something deeply known to the Filipino community. Philippine President Rodrigo Duterte’s so-called “drug war”–officially known as “Operation Double Barrel”–has already claimed the lives of an estimated 20,000 people,[…]