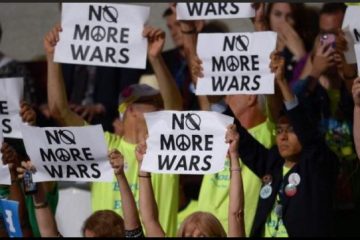 Above: People protest war at the Democratic National Convention 2016. By Brendan Smialowski for AFP-Getty Images. By Kevin Zeese and Margaret Flowers, Popular Resistance, August 19, 2018 This week, the Trump military parade, planned for November 10, was canceled for 2018. In February, a coalition of groups went public, announcing we would organize to stop the military parade and, if it[…]