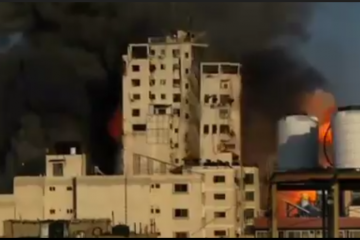 United National Antiwar Coalition Statement Update: The latest casualty figures I could find were 181 dead in Gaza, including 41 children and hundreds injured.   15 protesters murdered in the West Bank with more than 100 injured.  8 Israelis have been killed by Hamas rocket fire in retaliation, initially for Israeli attacks on Palestinians in Sheikh Jarrah and Al-Aksa, and now[…]