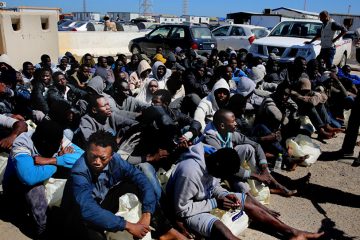 Libya Is Home to a 21st-Century Slave Market and the UN Security Council Won’t Act CNN recently aired a powerful report from Libya, where the reporters went into a house and shot footage of an auction of human beings. Yes, this is a 21st-century slave market. The journalists – Nima Elbagir, Raja Razek, Alex Platt and Bryony Jones – brought[…]