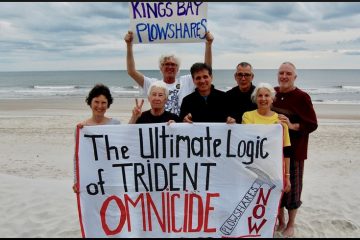 By Ralph Hutchison, 0ublished on World BEYOND War, October 2019  Kangaroo courts seem to be the order of the day.   After just 3 days the Plowshares 7, Catholic Worker antiwar activists who entered a the Kings Bay Naval Base where Trident nuclear weapons are stockpiled to highlight the danger of the United States aggressive nuclear weapons policy, were convicted on[…]