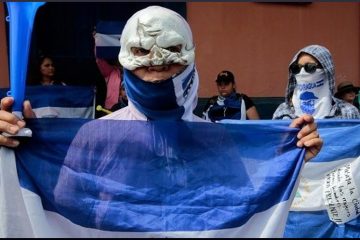 At the Oakland event, Camilo showed a torture video which demonstrates opposition violence. | Photo: Reuters by Rick Sterling, published on TeleSUR, August 28, 2018 Western media have described the unrest and violence in Nicaragua as a ‘campaign of terror’ by government police and paramilitary. This has also been asserted by large non-governmental organizations (NGOs). In May, for example, Amnesty[…]