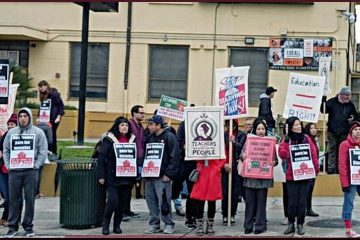 by Jerry White, from the World Socialist Website, January 16, 2019 Tens of thousands of Los Angeles teachers and their supporters manned picket lines and marched downtown yesterday on the second day of the strike by 33,000 educators in America’s second largest school district. The walkout has generated widespread public support and growing calls for the spreading of the strike[…]