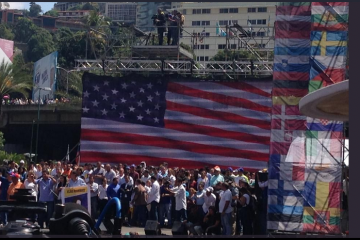 by Cindy Sheehan, Published on Cindy Sheehan’s Soap Box, March 1, 2019 Nothing has been frying my bacon more lately than when noted “lefties” or so-called progressive politicians who oppose the US and its partners in crime sanctioning other countries, but then turn around and absolutely support the Empire’s reasons for doing so. For example, Democrat Congressional Representatives Ro Khanna[…]