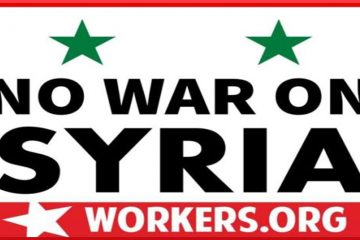 by Sara Flounders, originally published on Workers World, April 10, 2018 U.S. wars are based on lies and staged provocations. This is hardly news. Now comes the charge that on April 7 someone — the imperialists are saying it was the Syrian government, although there is no proof of that — killed dozens of Syrians with a poison gas attack[…]