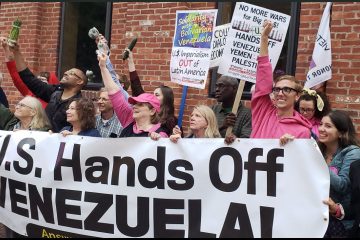 by Rich Whitney, Published on Medium, May 13, 219 In allowing coup supporters to lay siege to the Venezuelan embassy, D.C. Police are violating the First Amendment and District of Columbia law At this writing, a rightwing mob of supporters of Juan Guaido, (the self-described, U.S.-named “interim president” of Venezuela, who has no legitimate, lawful claim to that office) has[…]