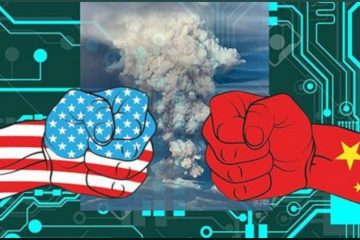 Document by Corporate-Funded Think-Tank Reveals How Profit-Driven Motives Drive New Cold War against China by Danny Haiphong, published on Covert Action, June 5, 2021 The same report paradoxically acknowledges the failure of the economic model the U.S. has tried to impose on the rest of the world A new report published in Railway Age magazine and written by the Information[…]

END_OF_DOCUMENT_TOKEN_TO_BE_REPLACED

By Fred Goldstein posted to Workers World on August 14, 2019 During the Cold War and the struggle that put the USSR and China on one side and imperialism, headed by Washington, on the other, revolutionaries used to characterize the conflict as a class war between two irreconcilable social systems. On one side was the socialist camp, based upon socialized[…]