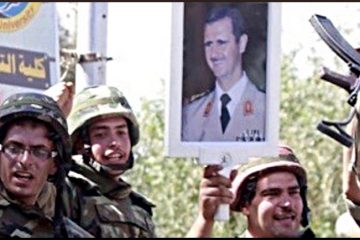 In a photo taken during a guided government tour, Syrian soldiers raise their weapons while holding a picture of President Bashar Assad as they leave the eastern city of Deir al-Zour on Aug. 16, following a 10-day military operation. by Danny Haiphong, first Published on Black Agenda Report “Our focus should be on stopping the wars that create refugees, including[…]