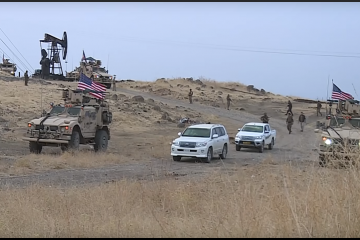 by Ben Norton, published on The Grayzone, October 23, 2019 Despite President Donald Trump’s order of a partial withdrawal of troops from Syria, the United States’ regime-change war against the country continues in broad daylight. At a U.S. -funded think tank at the forefront of shaping Washington’s interventionist designs, an American official succinctly laid out the continued-regime change strategy. Dana Stroul,[…]