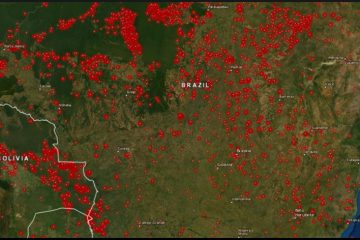 By Bryan Dyne, published on World Socialist Web Site,  August 23, 2019 Satellite imagery reveals that at least a quarter of the Amazon rainforest is on fire or covered in soot and ash across the four Brazilian Amazonian states: Amazonas, Rondônia, Mato Grosso and Pará. A combination of dry summer heat exacerbated by climate change, planned burnings and expanded deforestation[…]