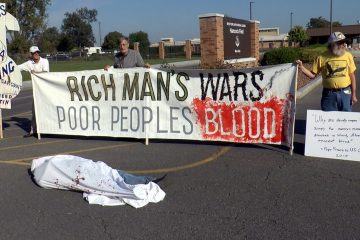 by Ed Kinane, originally published on Reports from Hancock and Beyond Violence begets violence. War profits only the few, the rich, the powerful — the 1%. As moral beings and tax paying citizens we must vigorously oppose war. Especially those wars of aggression perpetrated by the United States and its allies and proxies. These mostly occur in or near the[…]