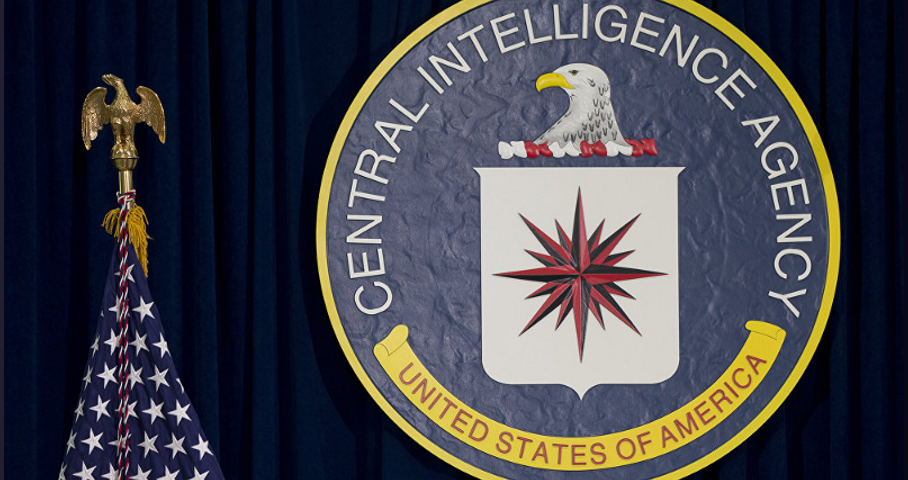 Editor’s note: This article is a little different.  It’s a few months old and it contains some information most of us are already familiar with.  But the way the events are strung together and the clarity of the message is timely and worth reading now.   Caitlins’s podcast at the end of the article adds content, depth and attitude to the theme. If you are under 50, you will likely find the tone refreshing.

One interesting and completely undeniable fact that we don’t talk about nearly enough is how Syria has been a target for regime change by the US-centralized power establishment since long before the uprising in 2011.

Proponents of US military interventionism in Syria will avoid addressing this known fact like the plague. They’re more than happy to dispute claims about false flags and the White Helmets, but if you start asking them “Hey don’t you think it’s a little odd that the government we’re all freaking out about right now just so happens to be one that’s been a target for regime change by US defense and intelligence agencies since long before any of this started?” they get real squirmy all of a sudden.

It’s true though. Let’s go over five key items in the mountain of evidence for this, starting with the most recent and working our way backward:

Roland Dumas is the former Foreign Minister of France, and he stated that he was made aware of the violence in Syria in 2009, two years before it started.

“I’m going to tell you something,” Dumas said on French station LCP. “I was in England two years before the violence in Syria on other business. I met with top British officials, who confessed to me that they were preparing something in Syria. This was in Britain not in America. Britain was organizing an invasion of rebels into Syria. They even asked me, although I was no longer minister for foreign affairs, if I would like to participate. Naturally, I refused, I said I’m French, that doesn’t interest me.’’

‘’This operation goes way back. It was prepared, preconceived and planned,” Dumas added.

How the US Aggressively Pursued Regime Change in Syria, Igniting a Bloodbath https://t.co/FQF8D4T40p

A December 13, 2006 cable published by WikiLeaks reveals how five years prior to the beginning of the violence, the US government (USG) was seeking out weaknesses of the Assad government which could be exploited to undermine it. William Roebuck, an official at the US embassy in Damascus, said this in his summary of the cable:

“We believe Bashar’s weaknesses are in how he chooses to react to looming issues, both perceived and real, such as the conflict between economic reform steps (however limited) and entrenched, corrupt forces, the Kurdish question, and the potential threat to the regime from the increasing presence of transiting Islamist extremists. This cable summarizes our assessment of these vulnerabilities and suggests that there may be actions, statements, and signals that the USG can send that will improve the likelihood of such opportunities arising.”

This excellent Truthout article from 2015 goes into further details about the cable’s examination of the ways Syria and its relationship with Iran could be undermined, and documents the recurring theme of the US government’s plan to provoke a rash overreaction from Assad against the various oppositional factions in Syria using psyops to foment paranoia about coup plots. The theme of Assad “overreacting” to demonstrations in 2011 has been loudly trumpeted by the western mass media ever since the violence erupted, which the US and its allies were involved in creating from the very beginning.

General Wesley Clark made the following statement on Democracy Now in 2007 about a conversation he had with a general in 2001:

About ten days after 9/11, I went through the Pentagon and I saw Secretary Rumsfeld and Deputy Secretary Wolfowitz. I went downstairs just to say hello to some of the people on the Joint Staff who used to work for me, and one of the generals called me in.

He says, “We’ve made the decision we’re going to war with Iraq.”

This was on or about the 20th of September. I said, “We’re going to war with Iraq? Why?”

So I said, “Well, did they find some information connecting Saddam to al-Qaeda?”

He said, “No, no.” He says, “There’s nothing new that way. They just made the decision to go to war with Iraq.” He said, “I guess it’s like we don’t know what to do about terrorists, but we’ve got a good military and we can take down governments.” And he said, “I guess if the only tool you have is a hammer, every problem has to look like a nail.”

So I came back to see him a few weeks later, and by that time we were bombing in Afghanistan. I said, “Are we still going to war with Iraq?”

And he said, “Oh, it’s worse than that.” He reached over on his desk. He picked up a piece of paper. And he said, “I just got this down from upstairs” — meaning the Secretary of Defense’s office — “today.” And he said, “This is a memo that describes how we’re going to take out seven countries in five years, starting with Iraq, and then Syria, Lebanon, Libya, Somalia, Sudan and, finishing off, Iran.”

A CIA document declassified last year exposed a plot to overthrow the Syrian government by provoking sectarian tensions all the way back in 1986.

Here are a few juicy excerpts:

“Although we judge that fear of reprisals and organizational problems make a second Sunni challenge unlikely, an excessive government reaction to minor outbreaks of Sunni dissidence might trigger large-scale unrest. In most instances the regime would have the resources to crush a Sunni opposition movement, but we believe widespread violence among the populace could stimulate large numbers of Sunni officers and conscripts to desert or mutiny, setting the stage for civil war.”

“We believe that a renewal of communal violence between Alawis and Sunnis could inspire Sunnis in the military to turn against the regime.”

“Sunni dissidence has been minimal since Assad crushed the Muslim Brotherhood in the early 1980s, but deep-seated tensions remain–keeping alive the potential for minor incidents to grow into major flareups of communal violence… Excessive government force in quelling such disturbances might be seen by Sunnis as evidence of a government vendetta against all Sunnis, precipitating even larger protests by other Sunni groups.”

“Mistaking the new protests as a resurgence of the Muslim Brotherhood, the government would step up its use of force and launch violent attacks on a broad spectrum of Sunni community leaders as well as on those engaged in protests. Regime efforts to restore order would founder if government violence against protestors inspired broad-based communal violence between Alawis and Sunnis.”

“A general campaign of Alawi violence against Sunnis might push even moderate Sunnis to join the opposition. Remnants of the Muslim Brotherhood–some returning from exile in Iraq–could provide a core of leadership for the movement. Although the regime has the resources to crush such a venture, we believe brutal attacks on Sunni civilians might prompt large numbers of Sunni officers and conscripts to desert or stage mutinies in support of dissidents, and Iraq might supply them with sufficient weapons to launch a civil war.”

“In our view, US interests would be best served by a Sunni regime controlled by business-oriented moderates. Business moderates would see a strong need for Western aid and investment to build Syria’s private economy, thus opening the way for stronger ties to Western governments.”

A lot can change in seventy years, but it says a lot about Syria’s strategic significance that the CIA has been attempting to stage coups there since the 1940s. In a 1969 interview CIA officer Miles Copeland confirmed statements he’d made in his memoirs that the Central Intelligence Agency had attempted to overthrow the Syrian government 20 years earlier. In 1956 there was the “anti-communist” intervention called Operation Straggle followed by Operation Wappen, and in 1957 there was a CIA/MI6 assassination plot.

So we know for an absolute fact that the defense and intelligence agencies of the US-centralized empire have been salivating over regime change in Syria literally for generations. And we’re meant to believe that this same government that has been targeted for hostile takeover by the western empire generation after generation due to its strategic importance and refusal to kowtow to imperialist interests just so happens to be the greatest threat to humanity right now? That Bashar al-Assad, who was never spoken of as a vicious dictator prior to 2009 and was even nominated for honorary knighthood by Tony Blair in 2002, just spontaneously developed a sick “addiction” to gassing children in the last few years?

We’re being lied to. We’re being lied to about a key strategic asset that the western empire is trying desperately to secure as it hurtles toward post-primacy in a rapidly shifting world. It’s so obvious. Keep pushing back on the lies and open as many eyes to what’s going on as you can before these bastards drag us into a conflict with Syria, Russia and their allies that there may be no coming back from.

Above is an excellent interview on the subject of this article and well worth listening to.   The style is a little different from the serious discussions we may be accustomed to but the content is right on.