Today, as Canada takes possession of the controversial and ill-fated Kinder Morgan pipeline and tanker project, Indigenous leaders renew vows to enact their rights as proper title holders by protecting their territories against this project and its devastating risks and impacts.

While misleading information about Indigenous support for the pipeline has been widely circulated, the Union of BC Indian Chiefs (UBCIC) emphasizes that the standard for Indigenous approval must be our free, prior and informed consent – not merely consultation – as articulated by the UN Declaration on the Rights of Indigenous Peoples, which Canada has officially endorsed and committed to adopt without qualification. Indigenous Nations will not allow Canada to override Indigenous Title and jurisdiction.

According to the latest statistics from news outlets, out of 106 Indigenous Nations and groups identified along the pipeline route in BC alone, 64 have not signed agreements and an additional 14 have active court challenges underway. Further, this pipeline and tanker project will affect lands, rights, and resources that should have been historically protected for Indigenous Nations by colonial and Canadian governments but were not. Along the proposed route, there are at least 400 unresolved specific claims – a vast number of historical losses yet to be redressed by the federal government. This does not include specific claims that could arise as a direct result of the pipeline expansion.

“This ill-conceived and dangerous project, now owned by the Canadian government, will never happen,”stated UBCIC President Grand Chief Stewart Phillip. “Canada is foolishly forfeiting billions of dollars – this is not an infrastructure investment but a massively expensive experiment in trying to reenact a colonial status quo. Canada can rest assured that the collective response by our Nations will continue to be strong, widespread, and unwavering. We’ve said no from the start. We still say no.”

“The UBCIC will not falter whatsoever in our efforts to safeguard our lands, coasts, waters, and fisheries, which have sustained our people for centuries,”said UBCIC Vice-President Chief Bob Chamberlin. “We will defend the ecological security of our territories. The fact that Canada failed to secure a purchaser for the pipeline by the proposed deadline demonstrates that this was, is, and will continue to be an irresponsible expenditure of Canadians’ tax dollars.”

“This pipeline purchase is the Doctrine of Discovery in action,” said UBCIC Secretary-Treasurer Chief Judy Wilson.“It speaks louder than all the rhetoric in the world: Canada thinks that, when it comes down to it, they hold the final say in what happens with our lands. But we are sovereign Nations and we have never ceded, surrendered, or relinquished Title. We hold the sacred responsibility to protect these lands and we will do so.” 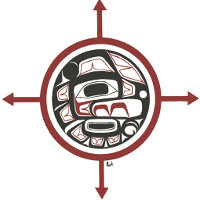 Since the federal government articulated its land claims policies in 1973, the UBCIC has consistently opposed the federal government’s “comprehensive claims” and “modern treaty-making” processes because they require that we surrender our Aboriginal Title and Rights in order to settle the land question. The UBCIC has always supported the people’s contention that land is more important than money in land claims settlements.