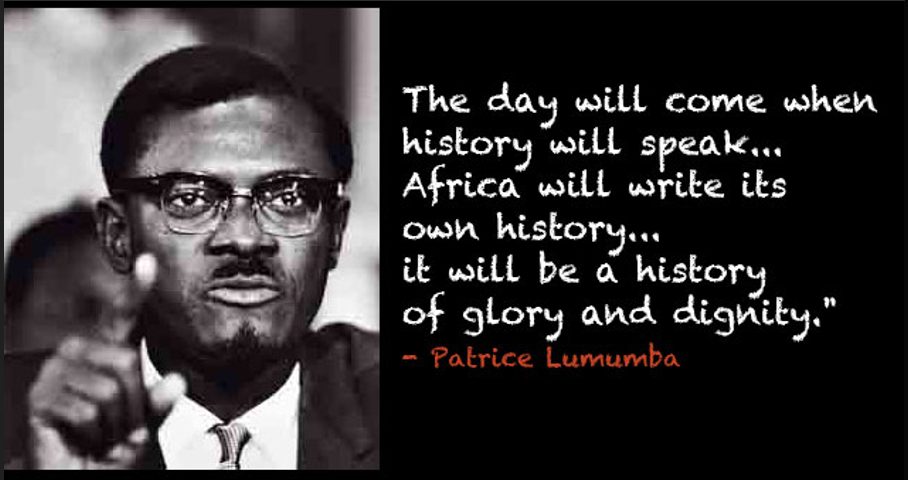 The assassination was a disaster not only for the Democratic Republic of Congo, but for the entire African continent. More than half a century later, its shockwaves still reverberate.

The assassination of Congo’s first democratically elected prime minister, Patrice Emery Lumumba on January 17, 1961 has been famously termed “the most important assassination of the 20th century”, and that is arguably true – especially for the African continent.

Should one assess the devastation and havoc wreaked on the Congo since Lumumba’s overthrow and subsequent assassination, it is unmatched anywhere else in the world.

After enduring over three decades of a US-installed and maintained dictatorship under Joseph Desire Mobutu, the Congolese people became the victims of the deadliest conflict since World War II with an estimated six million lives lost due to conflict and conflict-related causes from 1996 to 2007.

The US overthrow of Patrice Lumumba is in line with a number of other noteworthy undermining of democratically elected leaders in the 20th century, such as Iran’s Mohammad Mosaddegh in 1953; Guatemala’s Jacobo Arbenz in 1954; and Chile’s  Salvador Allende in 1973. 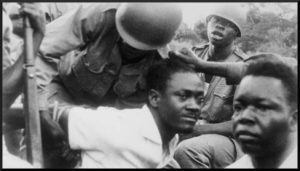 The United States through its Central Intelligence Agency (CIA) in cahoots with the United Nations, Belgium and local Congolese elites, did not merely overthrow a democratically elected government in the Congo; it laid the foundation for the assassination of Lumumba, his youth minister, Maurice Mpolo, and the first vice president of the Senate Joseph Okito. These actions violently uprooted and systematically dismantled any hopes for a democratic culture in the Congo.

American covert action in the Congo led by the CIA, was ranked as the largest in the agency’s history at the time. Congo was the first post-independence African country in which the US intervened.

Henry Jackson in his seminal work From Congo to Soweto: US Foreign Policy Toward Africa Since 1960, noted that the United States heeded Chairman Mao’s assertion about the Congo – “If we can take the Congo: We can hold the whole of Africa.”

Congo was also the centerpiece for Kwame Nkrumah’s—the man who led Ghana to independence—Pan-African project of the United States of Africa. Due to its strategic location in the heart of Africa and its spectacular wealth, it was to serve as the industrial engine to power the development of the African continent.

Frantz Fanon captured the strategic importance of Congo when he noted that Africa has the shape of a pistol and Congo is its trigger. Ludo De Witte, author of The Assassination of Lumumba rightly notes that the dismantling of the Lumumba government has had “disastrous consequences throughout Africa as a whole.”

Africa’s and Congo’s loss has been a gain for Belgium, the United States and other Western nations.

Both Belgium and the United States are morally indebted to the Congo. 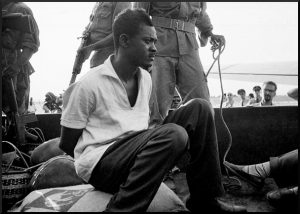 In a just world, the Congolese people would get reparations for the damage done to them by both countries. However, instead of reparations, Belgium apologised in 2002 for its role in the assassination of Lumumba and a few months ago, built a statue to commemorate Lumumba in Brussels.

As for the United States, the US Congress produced the Church Committee Reports which investigated the abuses of US intelligences services among which was the CIA’s role in the assassination of Patrice Lumumba.

Nations act based on their interests, not moral imperatives. For both the US and Belgium, keeping Congo weak, dependent and impoverished best serves their strategic interests, which includes access to precious and strategic minerals in order to fuel their military, aerospace, technology, electronics and automobile industries.

It would be folly for the Congolese people to expect anything constructive and beneficial from the US or Belgium.

Both countries’ current pronouncements on democracy and economic development contradict their history of plunder and the stifling of democracy in the Congo. Joseph Kabila, the current strongman and authoritarian figure presiding over a tyrannical regime in the Congo could not have ascended to head of state and remain in power for the past seventeen years without the backing of the US and other Western nations.

One could quip as Malcolm X did in 1963 that the current hysteria in the United States about alleged Russian interference in US elections is a case of the chickens coming home to roost, but the comparisons are hardly equivalent.

The US intervention in the Congo that overthrew Congo’s first democratically elected prime minister reverberates to this day. Stephen Weissman’s summary of US declassified documents on the CIA’s covert action in the Congo observed that its legacy of clients and techniques contributed to a long-running spiral of decline, which was characterized by corruption, political turmoil and dependence on western military intervention.

Although the Belgians attempted to erase all memory of Lumumba by chopping up his corpse and dissolving the butchered pieces in acid, they have failed to extinguish his vision for a free and liberated Congo and Africa.

Lumumba’s ideas and teachings continue to have an indelible imprint on Congolese youth. The youth have perpetuated Lumumba’s legacy through art, music and activism. An entire generation of university students and young scholars are studying and learning about Lumumba as they benefit from the Lumumba Scholarship Initiative.  An increasing number of Congolese youth are striving to fulfill Lumumba’s words when he said in his last letter to his wife Pauline that the future of the Congo is beautiful and that the people will defend its independence and its liberty.

Maurice Carney is Co-Founder and Executive Director of the Friends of the Congo.  He has fought with the people of the Congo for 20 years in their struggle for human dignity and control of their country.  He has provided analysis on the Congo for Al Jazeera, ABC News, Democracy Now!, Real News Network, Pambazuka News, All Africa News and numerous other media outlets.