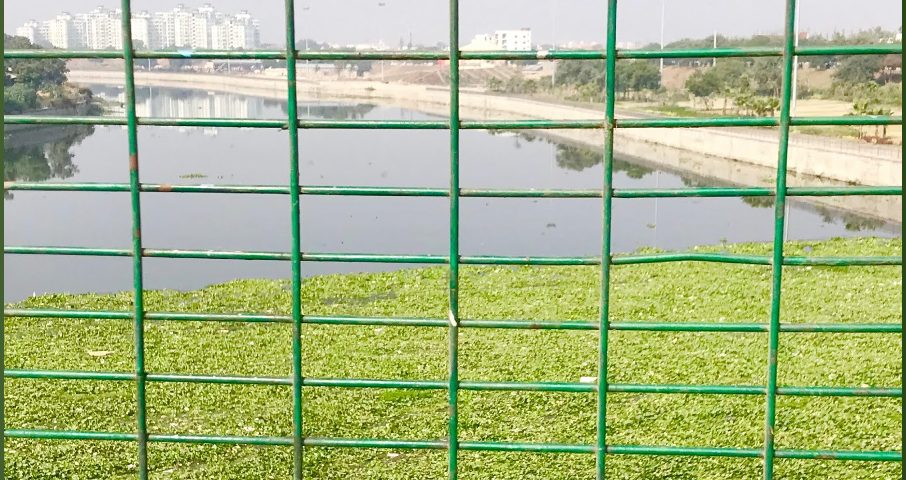 Climate justice is integral to development justice, as it is essential for building a brave feminist future sans power and wealth inequalities. This is the dream of feminists in the Asia Pacific region, including Misun Woo, who recently took over charge as the Regional Coordinator for APWLD (Asia Pacific Forum on Women, Law and Development). A law graduate from New York University School of Law, Misun Woo, is deeply committed to a feminist movement building to dismantle the current patriarchal structures and systems that are violating women’s human rights, deepening inequalities and fueling conflicts.

Misun was in conversation with CNS (Citizen News Service) on the sidelines of APFSD (Asia Pacific Forum on Sustainable Development) 2018, which was held in Bangkok, Thailand. Here are some of her insights on environmental and climate justice that is integral to ending resource and wealth inequalities between men and women, between rich and poor and between countries.

Right to a healthy and safe environment

Misun Woo: The right to a safe and healthy environment is increasingly being recognized as one of the core human rights. Climate change is a result of very deliberate political and economic decisions made by governments together with large corporations. Any form of climate change and/or environmental disaster manifests itself in intersecting forms of oppression impacting the lives and livelihood of women in different locations, of different religions and also those with different identities, in various ways.

Climate change and environment is a feminist issue and we have many evidences that women are affected more by climate change and natural disasters, with little recourse to remedies that can enable them to be resilient to their impacts. There are documented findings that after a natural disaster (like Typhoon Yolanda that struck Philippines a few years back), hits a community, women are forced to either migrate or are trafficked to become sex workers and also face different forms of gender based violence. Also in the event of an environmental crisis, women are more likely to die than men do as they have less access to remedies and justice.

Women in the Asia Pacific region are fighting for climate justice and working to defend their land and natural resources to be able to control and manage them. A large number of these women subsist as farmers and live in rural areas, where their lives are very deeply connected to how the land and natural resources are managed. This is also true of indigenous women. While governments are expected to protect people’s human rights, they are actually violating them, especially their development rights, by taking their businesses away from them. That in itself reveals the current global power structure. Governments are taking the land away from people and giving it to large multinational corporations, and also to the military for use in times of conflict. Nowadays there are more coordinated efforts/ interlinkages of governments and corporations to follow a neoliberal agenda and use of force to just make the power to stay in a few hands.

It is natural that, in the absence of any other support, people are forced to organize themselves as movements to defend their rights. Governments feel challenged by the activism and work of women human rights and environmental defenders, because they are at the core of addressing the structural systems that prevent development justice, which has environmental justice as one of its five pillars. While both men and women human rights defenders are being targeted, women are exposed to various types of threats. One of the tactics used by the governments is to attack the women members, especially their children. Moreover, women are more exposed to gender based violence.

On sustainable and resilient societies

Misun Woo: There is a growing uncomfortable feeling amongst women constituencies around the word ‘resilience’ – a word that has been manipulated and exploited by governments to force people to actually endure their hardships and find solutions themselves, without highlighting the role and obligations of the state as a duty bearer. We refuse to be resilient and absorb all the shocks – economic shocks, climate shocks, political shocks. The people who cause those problems should take responsibility. For me, resilient societies are those where people are able to articulate their demands and their vision for a dignified life, and where there are clear mechanisms/frameworks in place that when those collective visions are violated then who should be held accountable.

A sustainable society is where the power, wealth and resources are distributed in a very equitable and sustainable way. To tackle the root causes of existing inequalities between and within countries and people. Women have always played a very integral role in society. One of the key values that women have brought in is the power of movements that women have organised themselves- by collectively shaping the visions and demands of people from different backgrounds, driven by people’s rights and human rights based principles. Women can chart out the kind of future we want.

On the importance of regional UN processes

Misun Woo: Sustainable Development Goals (SDGs) are important as they universally apply to all the member states, and also because global development policies seem to generate more political interest (although implementation wise we are not very sure) than human rights treaties. But there is a clear disconnect between the SDGs commitments and the existing human rights obligations – especially around women’s human, economic, social and cultural rights. So I think that (i) when we are engaging with our governments at the national, regional or global level, we have to remind them that the SDGs are the lowest common denominator and they attest to other human rights mechanisms, and (ii) we, as civil society organisations, have to ensure that there is a clearer link between regional and global processes, also that civil society’s participation as equal partners is institutionalized.

Note: APFSD 2108, was held in Bangkok in March 2018, where over 100 CSOs gathered under the umbrella of AP-RCEM (Asia Pacific Regional CSO Engagement Mechanism), to review the cluster of SDGs to be discussed later in July 2018 at the high-level political forum (HLPF) in New York.

Shobha Shukla is the Managing Editor, CNS (Citizen News Service) and has written extensively for gender justice, health and human rights over the decades. Follow her on Twitter @Shobha1Shukla, @CNS_health or visit Citizen News