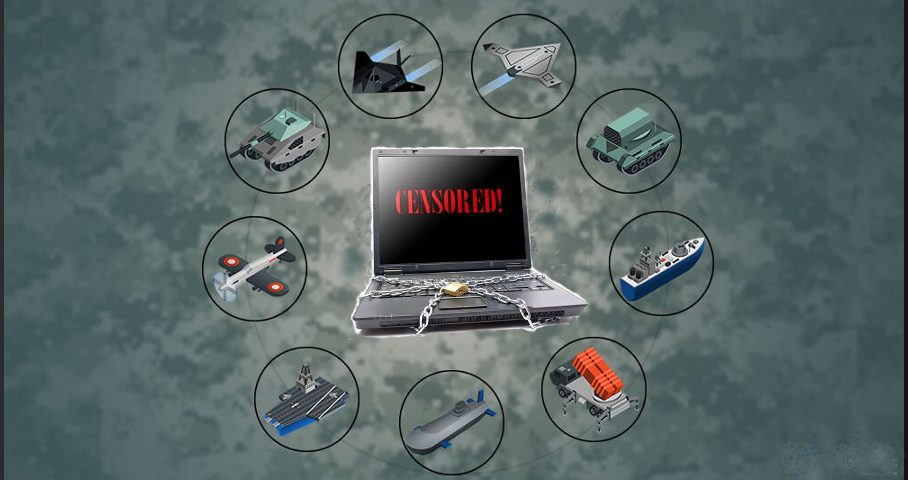 by Andre Damon, originally published on the World Socialist Website, May 19, 2018

The publication of this week’s open letter by leading academics protesting Google’s role in the military’s drone assassination program exposes the close partnership between the major technology giants and the US military/intelligence complex.

The letter, now signed by nearly 1,000 academics, declares that

“Google has moved into military work without subjecting itself to public debate or deliberation, either domestically or internationally.” It adds, “While Google regularly decides the future of technology without democratic public engagement, its entry into military technologies casts the problems of private control of information infrastructure into high relief.”

In March, Google admitted to helping the Pentagon develop artificial intelligence software to identify objects in video recordings captured by drones, within the framework of a program called Project Maven. While Google claims that the technology is not being used to kill people, the letter’s authors note that the system can be easily modified to identify human beings for assassination.

The letter by the academics follows an open letter from Google workers protesting the company’s involvement in Project Maven, supported by over 3,100 employees. A recent report by Gizmodo cited the resignation of a dozen workers following the revelations.

In considering the operations of Google, a distinction must be made between the corporation and the technology workers who are employed by it, many of whom may have been attracted to the company by its original (recently removed) corporate motto, “Don’t Be Evil.”

The involvement of Google in the US military’s drone program points to the extraordinarily dangerous amalgamation of giant technology corporations and the major capitalist states. It is increasingly difficult to tell where the CIA and the Pentagon end, and the technology companies begin.

Google itself has many ties to the state and the military. Eric Schmidt, executive chairman of Google’s parent company, Alphabet, serves as an advisor to the Pentagon and the chair of its Defense Innovation Advisory Board. Schmidt plays a leading role in the Defense Innovation Unit Experimental (DIUx), a private/military joint partnership located just minutes from Google’s main headquarters.

Google is by no means an exception. Amazon is a leading supplier of cloud computing infrastructure to the Pentagon and intelligence agencies. Verizon, AT&T and other internet service providers have served as willing partners in the National Security Agency’s program of global and domestic surveillance, as exposed by leaks from NSA whistleblower Edward Snowden.

Google’s relations with the military put into sharper focus the significance of the changes it made to its search algorithms, beginning in April of last year. When Google first announced these measures, it claimed that its actions were aimed at “improving” its search system and “helping people find what they are looking for.” It told a New York Times reporter that its actions were free of “political… bias.”

As the WSWS has documented, the changes to Google’s algorithms have significantly impacted search traffic to left-wing, anti-war, and socialist publications.

The WSWS is itself a central target of these repressive measures. Its search traffic fell by 75 percent, and, when it first reported the decrease, the top 45 search terms that previously linked readers to the WSWS no longer did so. By the latest count, the top 61 terms that previously brought readers to the WSWS no longer do so.

In the year since Google announced its censorship measures, it, together with Facebook and Twitter, have hired thousands of additional content “moderators,” many with backgrounds as intelligence agents, prosecutors, and police officers, to censor political speech. By the end of this year, more than half of the people employed at Facebook and Google will be assigned to its “security” and “moderation” departments.

The claims by Google, Facebook and other social media companies that, in manipulating their algorithms, they are acting as private corporations, are untenable. Such rationales do not justify actions that suppress free speech and political views. Moreover, these companies are not acting by themselves, but in close coordination with the capitalist state, speaking on behalf of the ruling class as a whole.

The integration of corporations and the military-intelligence-state apparatus is not a new phenomenon. It is 57 years since President Eisenhower issued his famous speech warning of the “military-industrial complex.” However, amidst feverish preparations for war and domestic repression, this integration is taking on new and ever more ominous forms. Moreover, the military is rapidly moving to incorporate into its operations the most advanced artificial intelligence technologies, developed by companies like Google.

The fight against this military-intelligence-censorship complex can only be carried forward on the basis of a revolutionary, socialist program. The domination and control of the Internet and associated technologies by gigantic corporations, run by billionaires, has the direst consequences for democratic rights.

The ending of corporate control of the Internet must be connected to the mobilization of the international working class to abolish the stranglehold of the financial oligarchy over economic and political life, transform all giant corporations into publicly-owned utilities, and reorganize global economy on the basis of social need, not private profit.