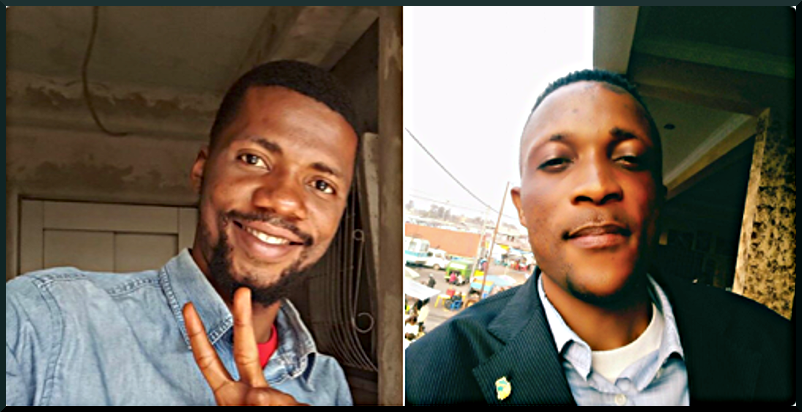 Christian Lumu Lukusa and James Katshingu were kidnapped by the National Intelligence Agency (ANR) of the Democratic Republic of Congo in Kinshasa on November 22, 2017. They have been in military detention ever since. The two are leaders of the Youth League of the Union for Democracy and Social Progress (known by its French acronym UDPS) – a major political party opposing Joseph Kabila’s brutal regime – and played a vital role in mobilizing Congolese youth to struggle against the harsh conditions plaguing their everyday lives.

“A lot of young people are in jail. This is about the systematic, arbitrary arrests of people in order to silence dissent,” said Kambale Musavuli, spokesperson of Friends of the Congo, an advocacy organisation.

Last year, Sephora Astride Biduaya, another UDPS youth leader, was held in military detention for over 6 months without charges or trial. Her struggle to receive medical attention was known to the outside world only due to the work done by Christian, who was working as a communications officer with the UDPS.

According to Jean-Marie Kalonji, the National Coordinator of popular youth movement Quatrieme Voie, Christian “really is a man of the ground. He is one of the biggest mobilizers of the UDPS…He does not fight only for the UDPS, rather he has made his life the struggle.”

Jean-Marie Kalonji himself, along with his lawyer Sylva Mbikayi, another youth activist, were held in military detention by the Kabila regime last year.

The support of external powers that have strategic and economic interests in the Congo has been a key factor in the continued legitimation of Kabila’s regime. The country is a source of strategic minerals which are the lifeblood of multinational corporations involved in the production of technology and electronic devices.

On February 19, the President of Zambia, Edgar Lungu, extended his support to Kabila, declaring him “a very good president”. This attitude is no surprise as Lungu operates in the same fashion as Kabila. A few days ago, the Zambian government sought the recall of the Cuban ambassador from the country for being present at the launch of the Socialist Party and earlier, stopped and humiliated guests who had arrived for the event from abroad. These guests were further denied entry. In 2016, Lungu shut down Zambia’s largest circulating newspaper, The Post. Similarly, Kabila’s government has severely censored the media. Friends of the Congo recently released a statement noting that

“during two previous protest marches, the government shut down the internet in an effort to block images of violence by security forces against the people from reaching the global media.”

These state-imposed responses serve as a measuring stick for both Lungu and Kabila’s failing legitimacy. As a result, the violence by security forces remains largely unknown with thousands having been killed and hundreds in prison for political reasons, including Christian and James.

Various regional and international bodies too have provided legitimacy to Kabila’s regime.Noting the key role of international solidarity, Musavuli said,

Thus, the role of international community, including South Africa (whose former President Jacon Zuma and incumbent Cyril Ramaphosa have economic interests in the Congo), in the current repression cannot be over-emphasized. The continued arrests of youth, especially activists, is an indicator of the potential they have to overthrow Kabila’s regime. The struggle against Kabila is also the struggle to put an end to a system of neo-colonialism that would see the people sacrificed at the altar of profit.