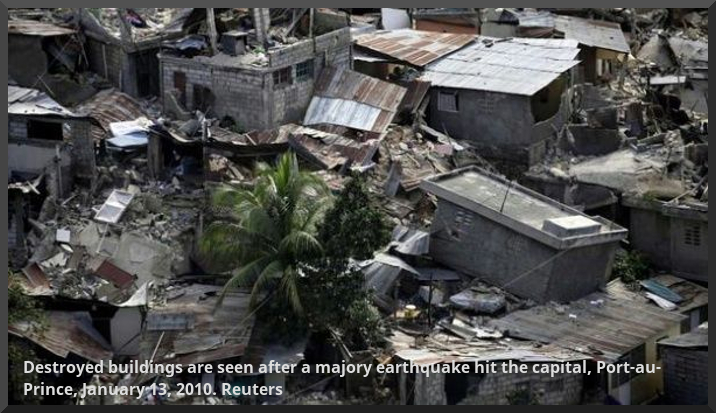 Haiti, for us in the Caribbean is more than just a member of our community; it is the first nation to rise up against slavery and oppression in our region.

The effect of the inappropriate depiction of Haiti, El Salvador and all African nations as “shit hole” countries is a matter that the people of the United States of America and their government and Congress should contemplate seriously.

The responses have been swift, showing a mixture of outrage and shock.  At the time of writing this commentary, there has been no expression of regret about the comment that has done nothing but injures the relations between the United States and many countries.  Hopefully, representatives of the U.S. in other countries will distance themselves from it, and apologise as discreetly as they can.

I am here concerned particularly with the remarks about Haiti, a member state of the Caribbean Community (CARICOM) and the current Chair of the group’s Heads of Government caucus.  My colleague, the Ambassador of Haiti to the United States, Paul Altidor, rightly said, “We feel in the statements if they were made, the president was either misinformed or miseducated about Haiti and its people.”  The United Nations spokesman Rupert Colville, described the remarks as “racist,” adding that, “You cannot dismiss entire countries and continents as ‘shitholes,’ whose entire populations, who are not white, are therefore not welcome.”

Haiti, for us in the Caribbean is more than just a member of our community; it is the first nation to rise up against slavery and oppression in our region. Importantly when the Republic of Haiti was established on January 1, 1804, it was the first free nation of free black people to rise in a world of Empires of Western European nations.

And, Haiti paid a very high price for its assertion that black people were born free, entitled to freedom and the right to fight for it.

In a real sense, from the moment of that assertion of freedom, Haiti was earmarked for the “shithole” status now applied to it. It was punished by every European nation, particularly France, and successive governments of the United States aided and abetted in the process.

France demanded huge reparations for the slaves and plantations it lost at the revolt of Toussaint L’Ouverture. In 1825, Haiti’s leaders were forced to agree to pay France the harsh levy of 90 million gold francs, which the country did not finish repaying until 1947.

For almost a hundred years, Haiti was pushed into poverty by the French demand, upheld by Western European nations and the US. Indeed, the U.S., which continued to be a slave-owning nation after European nations outlawed it, did not recognise Haiti as a free nation until 1862 – the last major power at the time to do so.

But, even that recognition was meaningless. Taking advantage of Haiti’s lack of capacity to defend itself from external intervention, U.S. naval ships entered Haitian waters no less than 24 times between 1849 and 1913, ostensibly “to protect American lives and property”. Finally, in 1915, the U.S. invaded Haiti and ruled the country as an occupying force for 20 years.

During that period, Haiti and the Haitian people, already impoverished, exploited and isolated by what was then ‘the international community’ – Western European nations and the U.S – were further disadvantaged. Their constitution was rewritten against their will, something the U.S. State Department admitted in 1927. Under that Constitution, laws preventing foreigners from owning land were scrapped, allowing U.S, companies to take what they wanted.

In 1926, a New York business publication described Haiti as “a marvelous opportunity” for U.S. investment, stating that “the run of the mill Haitian is handy, easily directed, and gives a hard day’s labor for 20 cents, while in Panama the same day’s work cost $3”. U.S. corporations grew from 13 in 1966 to 154 in 1981, enriching themselves, pauperizing the Haitian people even more and doing little to add wealth to the economy.

And, as with slavery, the excesses of U.S. occupation by U.S. companies were justified by the language of racial superiority. Haitians were described as “coons,” “mongrels,” “unwholesome,” “a horde of naked niggers.” The New York Times reported U.S. representatives as saying that Haiti needed “energetic Anglo-Saxon influence.”

The Haitians have also suffered from governments that suited foreign powers being put into office, only to be removed if their policies ceased to serve the interest of those foreign powers. Therefore, democracy in Haiti was emasculated not by the Haitian people, but by external forces and Haitian elites that they suborned.

Sadly, from this entire experience, Haiti is the poorest country in all the Americas. But it is far from a “shithole,” possessing as it does some of the most beautiful landscapes and seascapes in the Caribbean; a remarkably talented and creative people – Haitian art and craft is natural, untrained aptitude; and hard workers.

Of Haiti’s population of 10.4 million people, only 500,000 have permanent employment. Yet, the Haitian people maintain stability in a continuing struggle.

If Haiti is a “shithole”, those who made it so should acknowledge their devastating role, and in their shame, they should pledge to do better.

Every Caribbean person, at all levels, should make it abundantly and crystal clear that we resent this depiction of Haiti; we call for acknowledgement by all who have exploited it and kept it in poverty; and we urge that, instead of dismissing it in unfortunate language, they implement programmes to atone for their part in its pauperisation.

For our part, the Caribbean should stand-up for Haiti with pride and gratitude.

Sir Ronald Michael Sanders KCN KCMG AM[1][2] (born 1948) is Ambassador Extraordinary and Plenipotentiary to the United States and the Organization of American States for Antigua and Barbuda.

teleSUR is a Latin American multimedia platform oriented to lead and promote the unification of the peoples of the SOUTH*.  In 2005, teleSUR aired for the first time from the Teresa Carreño Theater in Caracas, Venezuela. Its advisory board was made up of important figures such as Noble Peace Prize Winner, Adolfo Pérez Esquivel, and journalist Ignacio Ramonet.