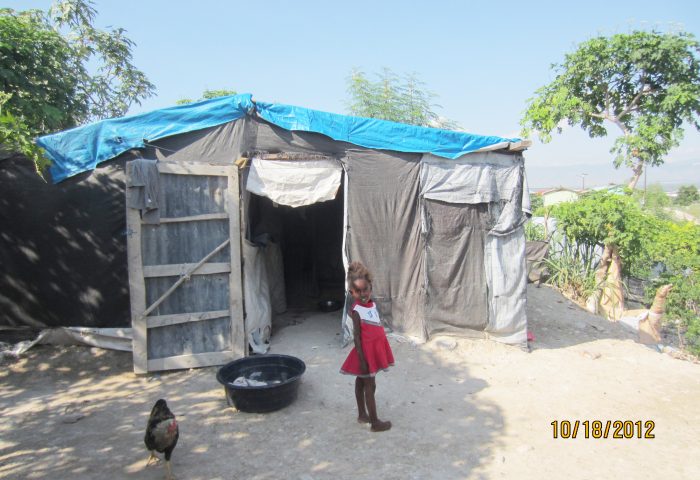 On Nov. 20, the Trump administration, after an election campaign based on anti-immigrant hate, ordered the expulsion of 60,000 Haitians living in the U.S. who arrived after the devastation of Haiti’s 2010 earthquake, which killed over 200,000. Haitians who arrived by Jan. 2011 received Temporary Protective Status (TPS) under a 1990 law and were allowed to stay 18 months. Haitian TPS status was extended four times.

Directly affected will be some 30,000 children of Haitian TPS recipients, ripping families apart. TPS Haitians have until July 2019 to “prepare for departure” said the Department of Homeland Security. (TPS status of 5000 Nicaraguans expires in early January and 86,000 Hondurans in July 2018. Some 200,000 Salvadorans await a decision in January. TPS was granted after hurricane Mitch hit Central America in 1999.)

The anti-immigrant attacks come on the heels of Trump’s racist Muslim ban and threats to deport 800,000 children of so-called “illegal” immigrants who received DACA status (Deferred Action for Childhood Arrivals). All the while, Trump continues his vow to build a racist wall along the Mexican border. Socialists say, “No to deportations! Full citizenship rights for TPS immigrants! No to the wall! No one is illegal!”

In ending TPS status for Haitians, acting secretary of Homeland Security Elaine Duke asserted, “the extraordinary but temporary conditions caused by the earthquake of 2010 no longer exist”—a contemptible lie! TPS Haitians have until July 2019 to “prepare,” says the administration.

The ruling-class bigots could hardly have been crueler. Since arriving, TPS Haitians have gotten jobs and raised families. As a result, TPS Haitians support 250,000 relatives in Haiti, says a study released in October by the Global Justice Clinic of the New York University Law School. If expelled, Haitians would be returning to a devastated country.

“I received a shock right now,” said Gerald Michaud, 45, a Haitian who lives in Brooklyn, when he heard the bad news. He has been sending money to family and friends back home. Brooklyn radio host Ricot Dupuy told his listeners, “This pressure to send immigrants back home, … the idea is to whiten America.”

TPS advocate Steve Forester, immigration policy coordinator with the Institute for Justice & Democracy in Haiti (IJDH), cites as reasons for TPS the earthquake, a post-earthquake cholera epidemic that has killed 10,000, and Matthew—a Category 4 hurricane that displaced 180,000 in 2016. Forester calls it, “Three sledge hammer blows, anyone of which would have qualified Haitians for TPS.”

Marleine Bastien of Haitian women of Miami (FANM) put it this way last April as threats to TPS mounted: “If any country qualifies for TPS right now, it’s Haiti. If the Trump administration goes through with this, it will be the most distressing, anti-family, anti-Black and racist decision any administration can take. People are still dying as a result of the imported cholera epidemic, and hurricane Matthew destroyed the southern peninsula, where we have people eating dirt and living in caves.” FANM has organized several TPS protests in Miami and at Trump’s home at Mar a Lago.

Miami’s Ira Kurzban, a veteran Miami immigration rights attorney, ripped Trump’s decision, “If you look at the TPS statutes it says the Attorney General must find if there’s any earthquakes, flood, drought epidemic or other environmental disaster, and a foreign state is unable to handle it, and the foreign state has made a request [made Oct 4], then the Attorney General should grant it. Haiti fits every category and checks off every box with respect to why Haitians should get TPS. It’s a continuation of the same history of discrimination.”

In April, it was revealed that the Trump administration sought criminal records of TPS Haitians to disqualify them for extending TPS and cut-off any TPS benefits they receive—but TPS Haitians do not receive any benefits! Nevertheless, so-called “crime” records are irrelevant in awarding TPS. In general, the supposedly out-of-control immigrant “crime” rate is actually lower than that in the rest of society.

Under the boot of U.S. imperialism, immigration policy toward Haitians has always been racist, including under Democrats and Republicans. Known in the 1980s as “the Black Boat People,” Haitians were initially sent to a mass detention camp in Miami. The impoverished Haitians opposed U.S.-backed Haitian elites, unlike the mostly white, anti-communist Cuban exiles who were granted virtual automatic asylum.

Haiti is in no position to receive 60,000 new arrivals. Some 40,000 Haitians still live in dangerous, unsanitary post-earthquake camps; 2/3 of camp pregnancies were from rape; 1/3 of desperate camp women report trading sexual favors for basics like food and housing.

It is estimated that 2/3 of the capital’s post-earthquake buildings are beyond repair, but re-inhabited. The earthquake, centered in Haiti’s capital of Port au Prince, killed over 200,000 inhabitants, injured another 1.5 million, and left 2.3 million displaced in a country of 11 million.

Overall, Haiti’s unemployment rate is about 40%, and 60% of Haitians live on less than $2 a day. The country-wide minimum wage is less than $5 a day, often ignored by bosses, particularly in textile plants that are usually subcontractors to U.S. or other international corporations. The Global Justice report concluded that “hunger and malnutrition” are even “worse” than when TPS was implemented.

A cholera epidemic broke out soon after the earthquake caused by the U.S./U.N. occupation’s disregard for Haitian welfare. Studies revealed that the Nepalese contingent dumped faeces into a tributary of the Artibonite River, used by Haitians for drinking and bathing. The fast moving plague killed 10,000 and infected over 800,000, spiking again after Matthew, although now it is down from its peak. All along, the UN denied responsibility, until about a year ago, greatly undermining public awareness and a swift response.

Nothing will change soon. President Jovenel Moise, a banana magnate, was elected in 2016 by less than a 20% turnout of voters. Moise is a proponent of the sweatshop economic model promoted by the U.S.-dominated World Bank, as was his predecessor, Michel Martelly. Since assuming office last Feb. 7, many large mobilizations have occurred demanding Moise’s removal and an end to corruption.

Occupations by the U.S./UN have contributed mightily to the impunity of the corrupt Haitian regimes: first 1915-1934, then U.S./UN occupations in 1994, 2004, and 2010. President Obama sent in 20,000 troops to occupy post-earthquake Haiti to prevent food riots that never occurred, while delaying medical relief from several countries. The despised U.S./UN occupying forces finally withdrew in October, leaving an expanded police force and a reestablished Haitian military, notorious for brutality and corruption.

Making conditions even worse, tens of thousands of Dominicans of Haitian origin in the adjacent Dominican Republic have been expelled or fled the racist, sometimes violent, campaign against them encouraged by a court decision known as La Sentencia in 2013. Dominican lawmakers have cited U.S. immigration law to defend their racist onslaught against darker Dominicans, seen as Haitians. Little to nothing in aid is given to refugees from the D.R. by the Haitian government, many of whom have never lived in Haiti.

Trump’s lies to Haitians are astonishing—even for Trump! On the campaign trail in 2016, Trump told a Haitian crowd, “I want to be your greatest champion.” Haitian opportunists were able to rally support for Trump based on the widespread and well-deserved hatred of Hillary and Bill Clinton’s role in Haiti.

Wikileaks revealed the Clintons’ role in strong-arming Haitian authorities to boost the status of a friend of the old Duvalierist dictatorship clique, presidential candidate Michel Martelly, elected in 2011. Moreover, Bill Clinton’s role as the U.S. and UN “earthquake relief” boss, during which $13.4 billion in international aid was misspent or went missing in a grossly uncoordinated effort that reached and/or involved few Haitians, while lining the pockets of U.S. Beltway corporations and U.S. based non-governmental agencies (NGOs).

Any attack on immigrant workers, like that on TPS Haitians, is an attack on all workers. Immigrants are not to blame for the crimes of this sick capitalist system. Capitalism is in crisis, throwing unprecedented millions into poverty worldwide and forcing massive migration to escape exploitation, racism, war and climate change. Over 2.5 million immigrants were deported under Barack Obama, more than any other president, earning him the title of “Deporter-in-Chief.”

TPS and DACA recipients, all immigrant workers, including Muslims, should unite in a common struggle against Trump’s war on immigrants and the working class, especially oppressed communities, in this dangerous moment. A massive national immigrant march on Washington is long overdue!