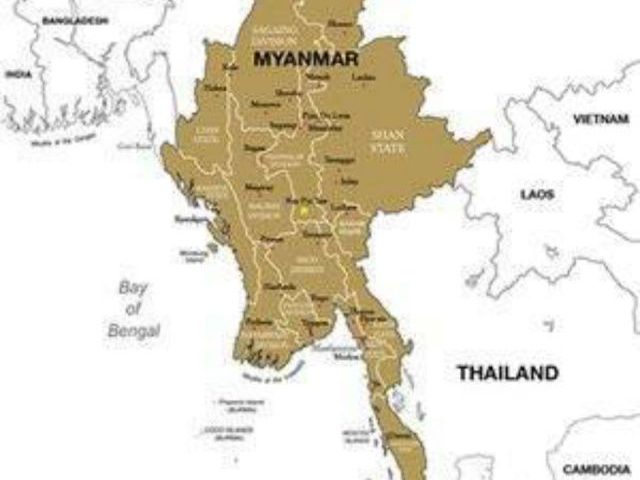 The current corporate media attention to the abuses suffered by the mostly Muslim Rohingya people who have crossed from Myanmar into Bangladesh has raised questions as to what is really going on. Background information about the history of Myanmar is essential to an understanding. First called Burma, the name was changed in 1989 following a military uprising to reflect the many nationalities living in the country that are not Burmese.

What throws the most suspicion on what on the surface is a humanitarian question is the role of U.S. imperialism and the Saudi Arabian monarchy supporting elements from the Rohingyas.

The April 12 issue of Humanité writes, “The emergence of the Salvation Army of the Arakhan Rohingyas, funded by Saudi Arabia, is leading to the repression of this stateless minority throughout the Indian subcontinent.” Not only this French newspaper but four major U.S. corporate publications have also highlighted the Saudi role. Myanmar was a wealthy British colony, super exploited as a rich source of minerals, timber and spices.

From 1824 to 1885, Britain fought three protracted colonial wars to conquer Burma. The first Anglo-Burmese war was the most expensive in British India’s imperial history. The British developed the strategic hamlet tactics, later used by the U.S. in Vietnam. This meant they burned hundreds of villages and uprooted populations into concentration camps and new British plantations.

The self-sufficient Burmese economy was brutally reorganized and forced to become a part of the colonial export economy tied to global market forces. Burma’s rice plantations supplied half the world market for rice, 75 percent of the world’s teak and rich mining of precious gems.

A general strike and continued armed struggle led to nominal independence in 1947 under President Aung San, who was assassinated in July 1947, just before independence. Aung San is the father of the woman who is now head of Myanmar, Aung San Suu Kyi.

A radical military coup in 1962 led to all foreign corporations, especially the hated British and U.S. ones, being driven out of Burma. A revolutionary council was established that nationalized all major industries, including import-export trade, rice, banking, mining, teak and rubber.

Although the Generals’ Council members were fervent nationalists and embraced a policy called the Burmese Road to Socialism, they were not Marxists or communists. Most changes were by military command. Burma, whose economy had been forced into the world market by the British Empire, was suddenly isolated and cut off from all trade, along with essential spare parts and commodities.

Myanmar’s history since independence in 1948 has been marked by a series of armed insurrections by nationally oppressed minorities and by three different armed communist movements and several popular insurrections.

The Bamars of Burma were the dominant nationality of an oppressed British colony. The Karen, Kachin, Shan, Karenni and Kokang peoples’ armed resistance lasted for decades. Based on British imperialism’s past practices, the military dictatorship used scorched earth tactics and great repression against these movements. But there were many peace agreements and the various groups won limited local self-rule.

In isolation, economic conditions deteriorated. Another coup in 1988 brought in a military dictatorship, which attempted to open parts of the economy. Burma’s name was changed to Myanmar and political reforms and elections were announced.

In 2011 and again in 2015, there were ceasefire agreements with 15 of the armed insurgent groups.

A grouping of military leaders supported Aung San Suu Kyi, the British-educated daughter of the first elected leader of Burma.

While she had broad popular support, British and U.S. corporations, nongovernmental organizations, think tanks and policymakers also saw her as a way to get back into Burma. Although she won elections in 1990, she was kept under house arrest for 15 of the next 20 years. During this time, her support in the West grew. She was awarded almost every possible peace award, including the Nobel Peace Prize.

U.S. demands a military base

In 2008, the worst cyclone of the century hit Myanmar. The storm caused a tidal wave that hit the Irrawaddy Delta of Myanmar on the Gulf of Bengal with a wall of water 12 feet high that surged seven miles inland. Over a million people were left homeless and tens of thousands were missing. Yangon, the former capital (once called Rangoon) and major commercial port city, was left in shambles.

The U.S. government under the George W. Bush administration used the disaster as an opportunity to impose harsh new economic sanctions on Myanmar that made direct U.S. and international donations of emergency funds and aid almost impossible. Then Washington demanded that the U.S. be given full military access to Myanmar to deliver emergency supplies.

Although aid was desperately needed and many lives were at stake, Myanmar’s government refused to permit U.S. military planes to land or Navy ships to dock. This decision was based on the deep sentiment against foreign bases.

U.S. opposition to the dictatorship in Myanmar is not due to its repressive measures. The Pentagon has propped up, armed and financed brutal military dictatorships around the world, from Saudi Arabia and Indonesia to Pakistan, Chile, South Korea and Congo.

Its frustration is that Myanmar has not undone the nationalization of the natural resources forced through by anti-colonial mass sentiment decades ago. This is what U.S. corporations are determined to reverse.

Despite intense privatization efforts pushed by Western advisors as the price for ending sanctions, state-owned enterprises are still at the center of the Myanmar economy, especially in key areas of energy, mining and banking.

U.S. pressure is directed not only at disrupting Chinese infrastructure development but at destroying the determination of the many peoples of Myanmar to resist imperialist domination.

For more on the current situation in Myanmar see Why the U.S. and Saudi Arabia Back the Rohingya in Myanmar.