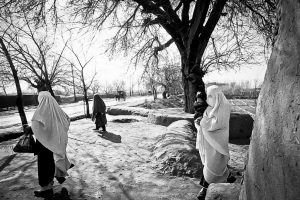 For many Afghan women, it is reconstruction and peace that matters to their lives, not the Western hysteria over burkhas. Women from the Revolutionary Association of the Women of Afghanistan described how the United States brought fundamentalism to Afghanistan by supporting a government of warlords and drug-runners. Before 2001 the Taliban had crushed the opium and heroine trade, and they forbade forced marriages and protected the inheritances of women. The women from RAWA are adamant: the occupation is creating the Taliban.